Why Do You Need the Best Hidden Nanny Cams?

I think all parents can agree that when it comes to the safety and well-being of our children, it’s hard to trust others with their care.  So many questions race through our minds when our children are in the care of another person: Are they being treated well?  Is the sitter/nanny following my instructions?  If you have just started with a nanny, you might even worry about theft or the possibility that they may invite strangers into your home while you’re away.  These and many more are the very reasons that hidden nanny cams can be a real lifesaver! The best hidden nanny cams are usually very small and discreet.  If someone knows they are being watched, they won’t behave in a way that can reflect just how much you can truly trust them in your home with your children and possessions; instead, they will likely try to devise ways to sneak around the cameras in your home.  If the camera is hidden well, you will be able to see what goes on every day when your nanny is in your home.  You may even be able to catch a person in the act if you already have a nanny, but are beginning to suspect that something is not right.

The best nanny cams are reliable and may have audio features as well as motion sensors, night vision, and Bluetooth compatibility.  Here is our list of the Best Nanny Cams! 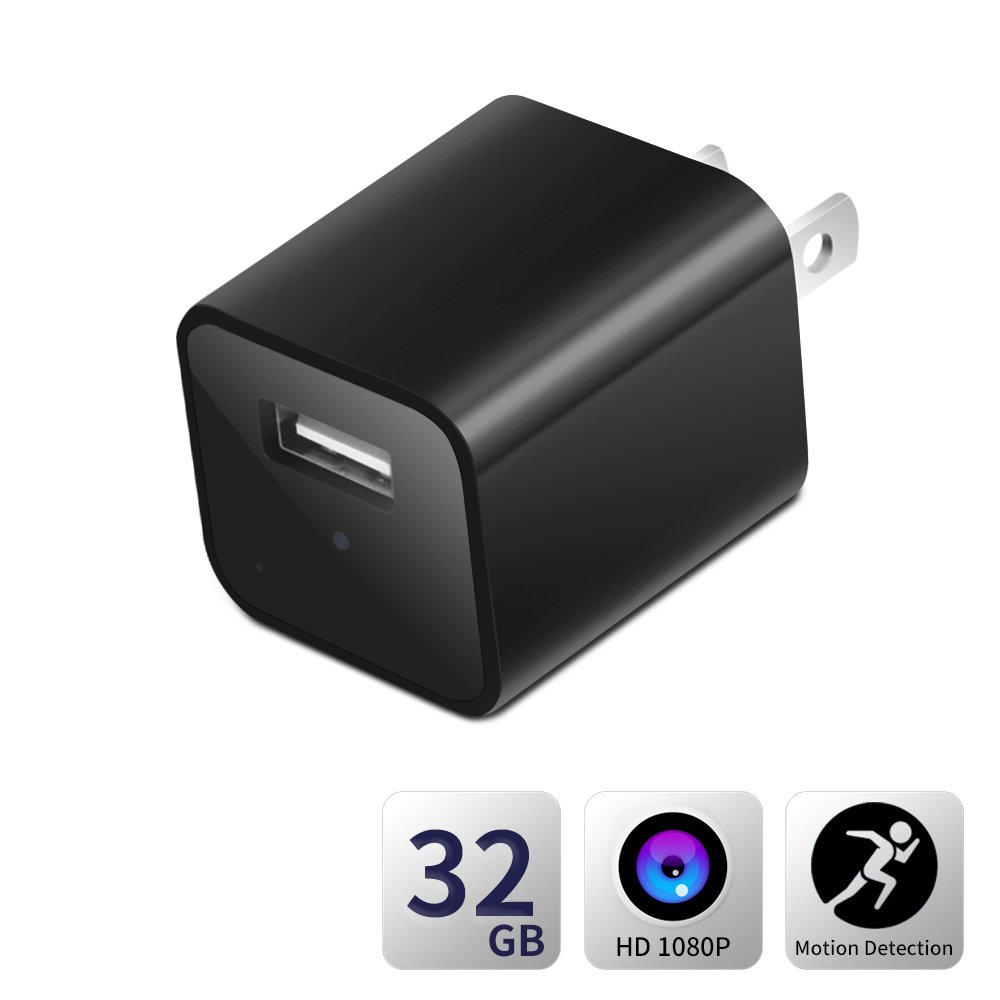 This nanny cam is sure to go unnoticed.  It is cleverly disguised as an adapter for phone chargers!  It records up to 6 hours of activity in your home with 32 GB of internal memory.  Motion detection mode allows footage to be recorded only when movement is detected in the area.  After 3 consecutive minutes of no movement, the camera automatically stops recording, saving storage and time when you look back through the footage.

If you’d rather have a continuous loop of footage, there’s a mode for that!  That’s right, you can choose between the motion sensing mode and a continuous recording mode, giving you full control of the way in which you monitor the activity in your home when you’re away!  This nanny cam also captures audio. 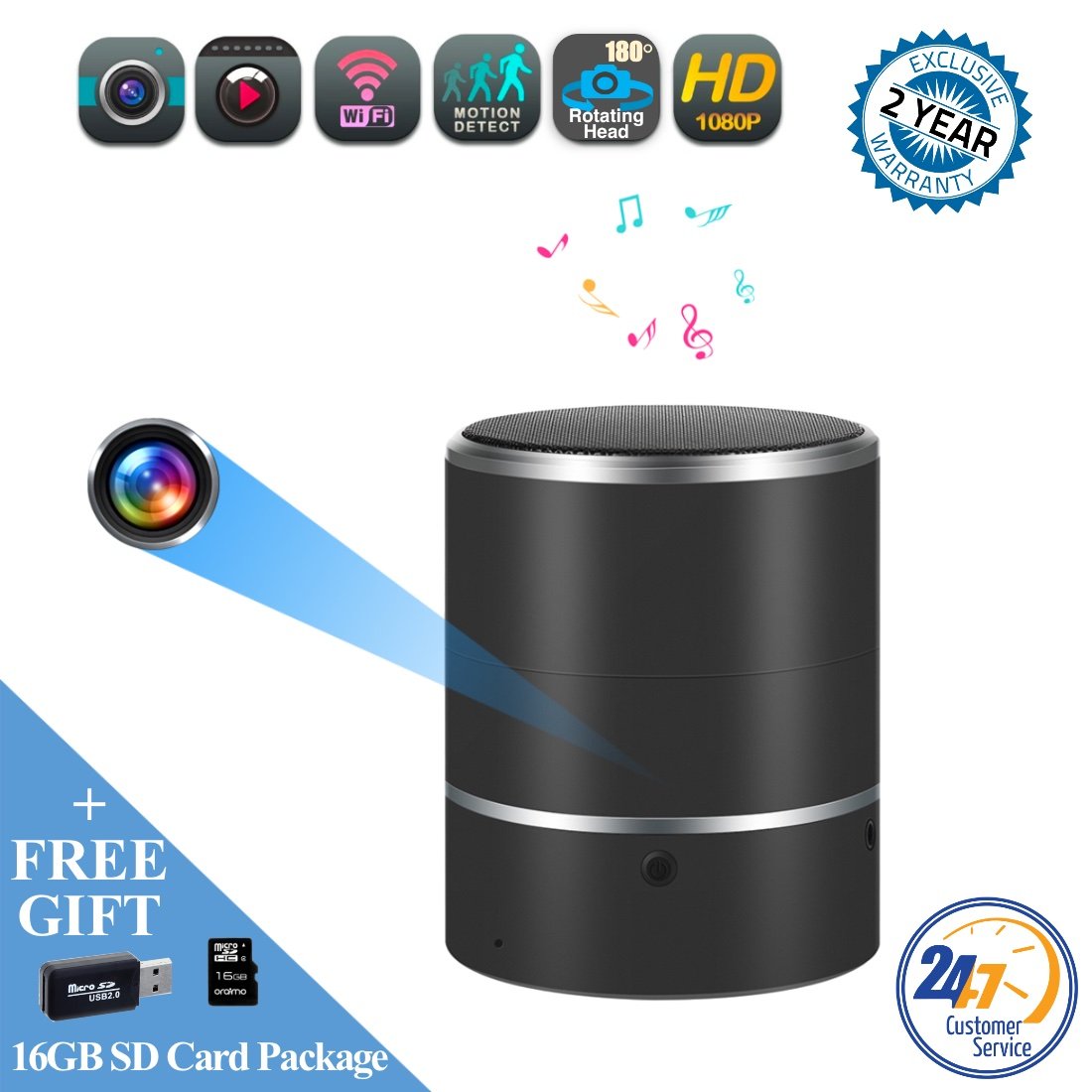 This nanny cam is cleverly hidden inside of a working Bluetooth speaker.  It’s got motion detection technology, loop recording, and WIFI streaming capabilities.  Download the smartphone app to watch real-time footage of whats going on in your home.  You can also record and store footage on your phone with the app!  Included with your purchase is an SD card to record video from the unit. The lens rotates 180-degrees, giving you control of the viewing area.  The motion sensors give you an alert when movement is detected 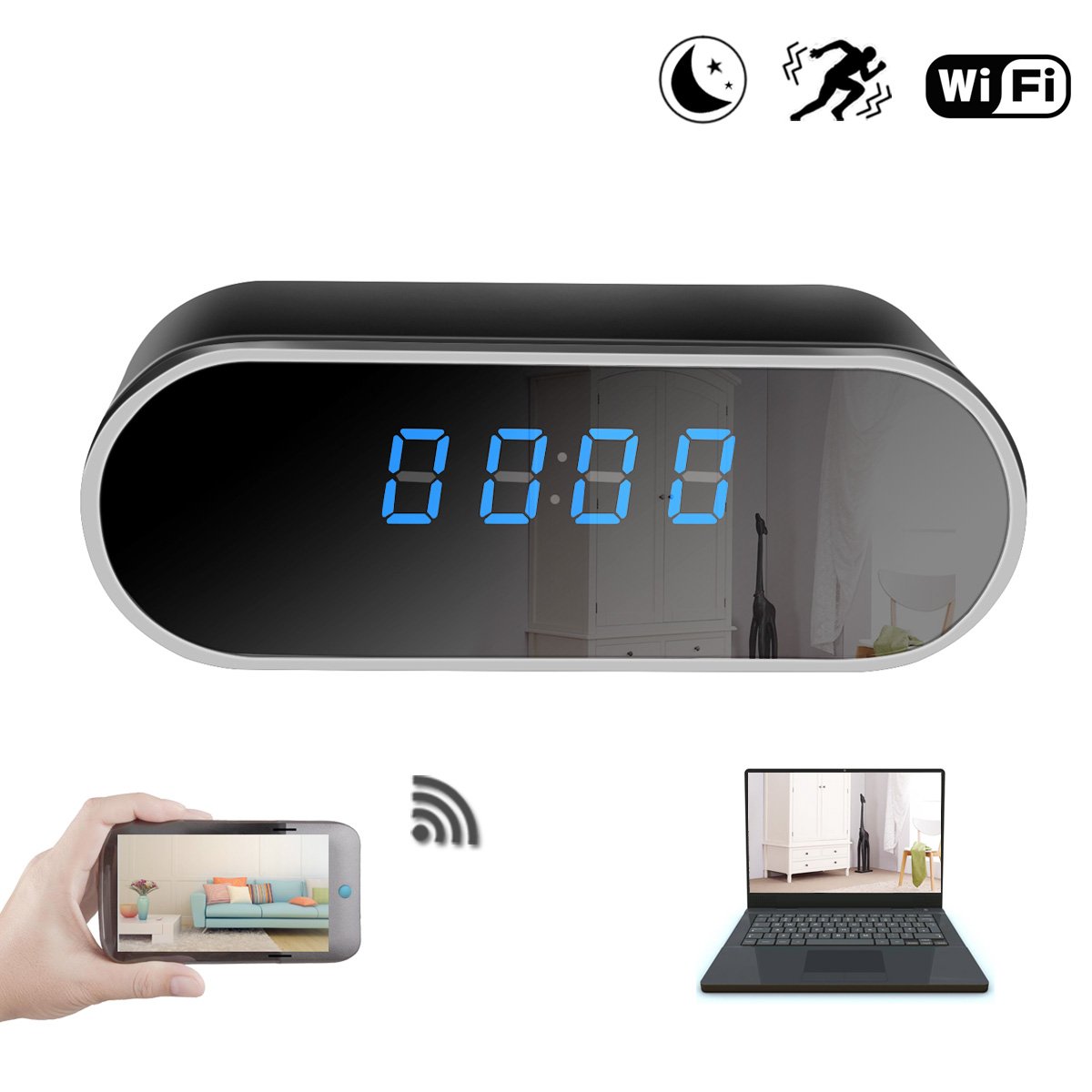 An everyday digital clock is a great place to hide a camera!  It’s got much of the same features as the previously shown Bluetooth speaker camera, but without the lens rotation.  Motion detection sensors with alerts, a compatible smartphone app for live access, and recording abilities.  This system runs for 12 hours and can run for 3 hours on battery alone. This camera also has night vision, which is a definite plus! 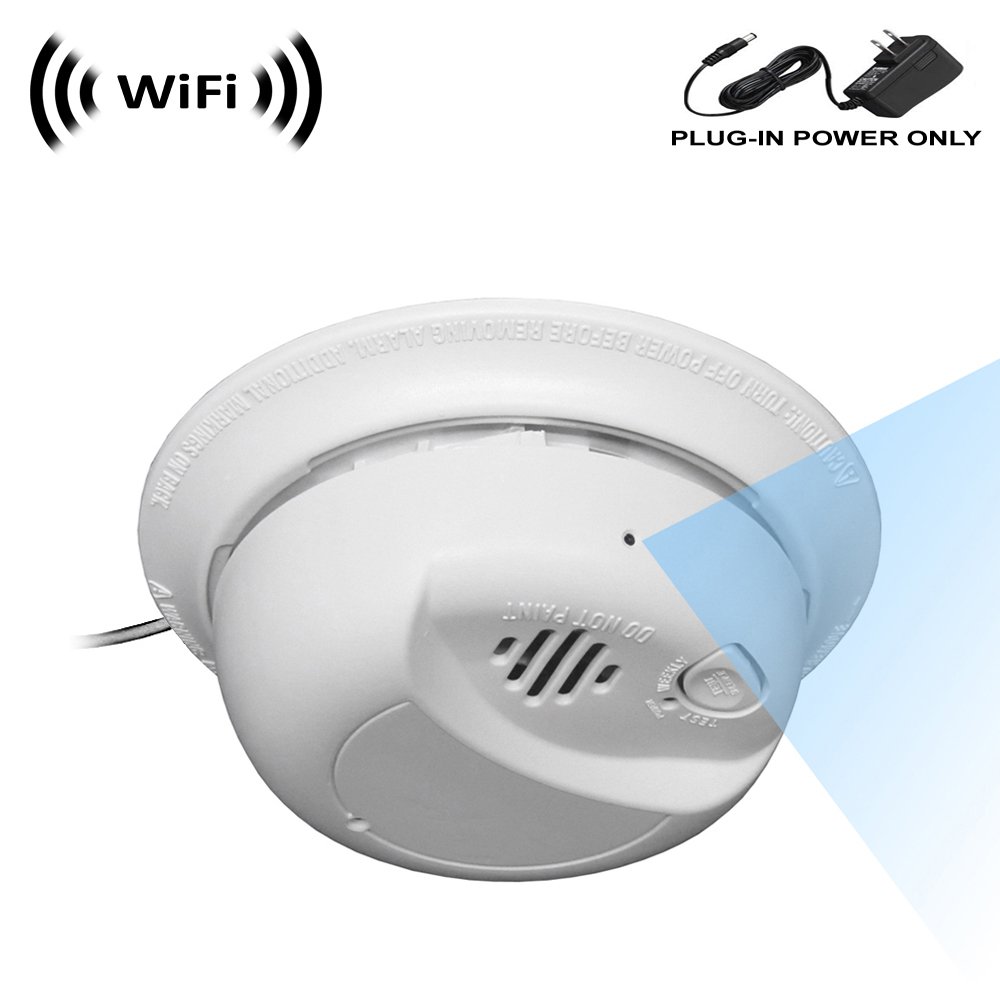 We couldn’t pass up showing you this cleverly hidden camera despite its one major downfall; it is powered by cord only. This takes away some of the credibility of the disguise.  However, if you can hide the cord, it very closely resembles an ordinary smoke detector!

This camera boasts high-quality video due to its larger sensor which allows more light low light capability and wide-angle view and will focus more sharply on moving objects. The lens is made from premium glass rather than cheap plastic, which prevents distortion. It also has an internal 8GB SD card memory which allows 36 hours of video recording with loop, as well as extensive central monitoring software for PC recording.  Download the compatible app to your smartphone to watch footage anywhere! 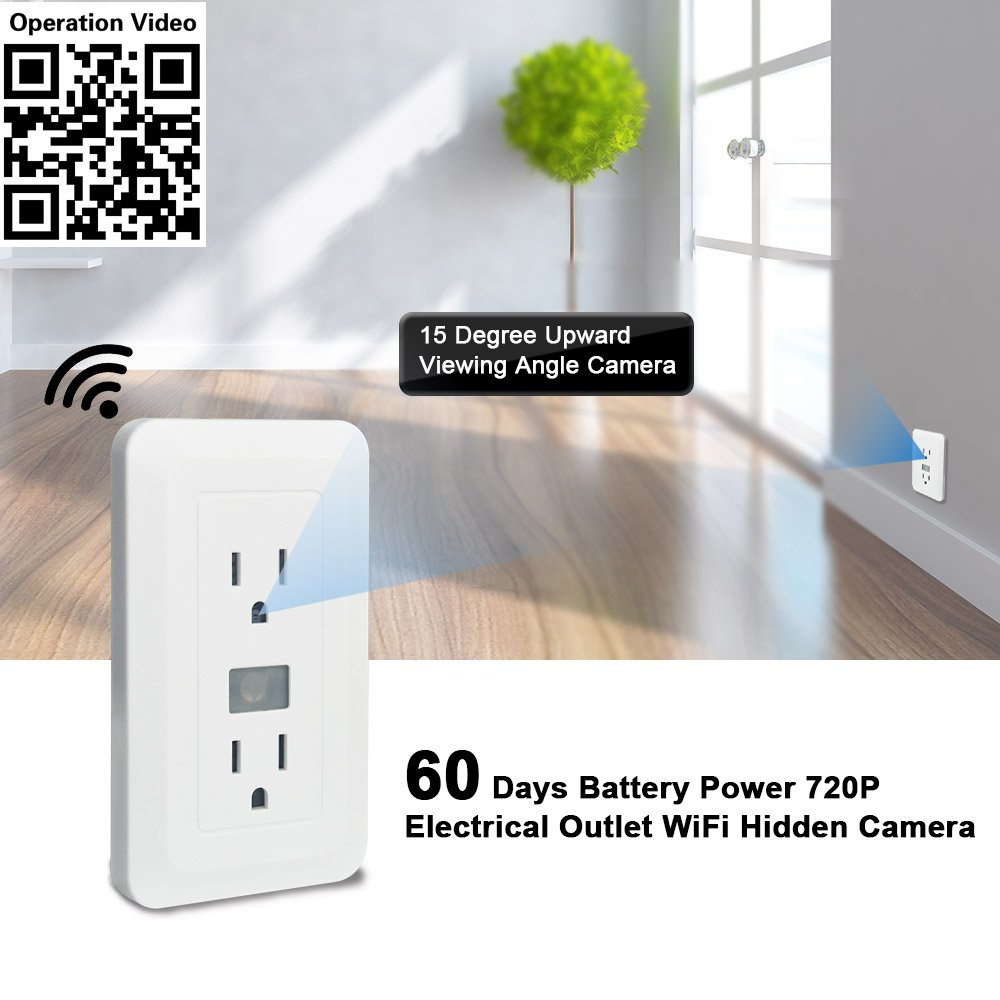 This hidden camera is disguised as an electrical outlet and, unlike the smoke detector camera, is completely wireless.  It comes with 2 rechargeable batteries which last 60 days when fully charged!  It has a 32 GB internal memory card to store footage, as well as a smartphone app for live streaming and recording from your phone. Motion detection sensors send alerts to your phone when activity is noted. The HD camera records color video. 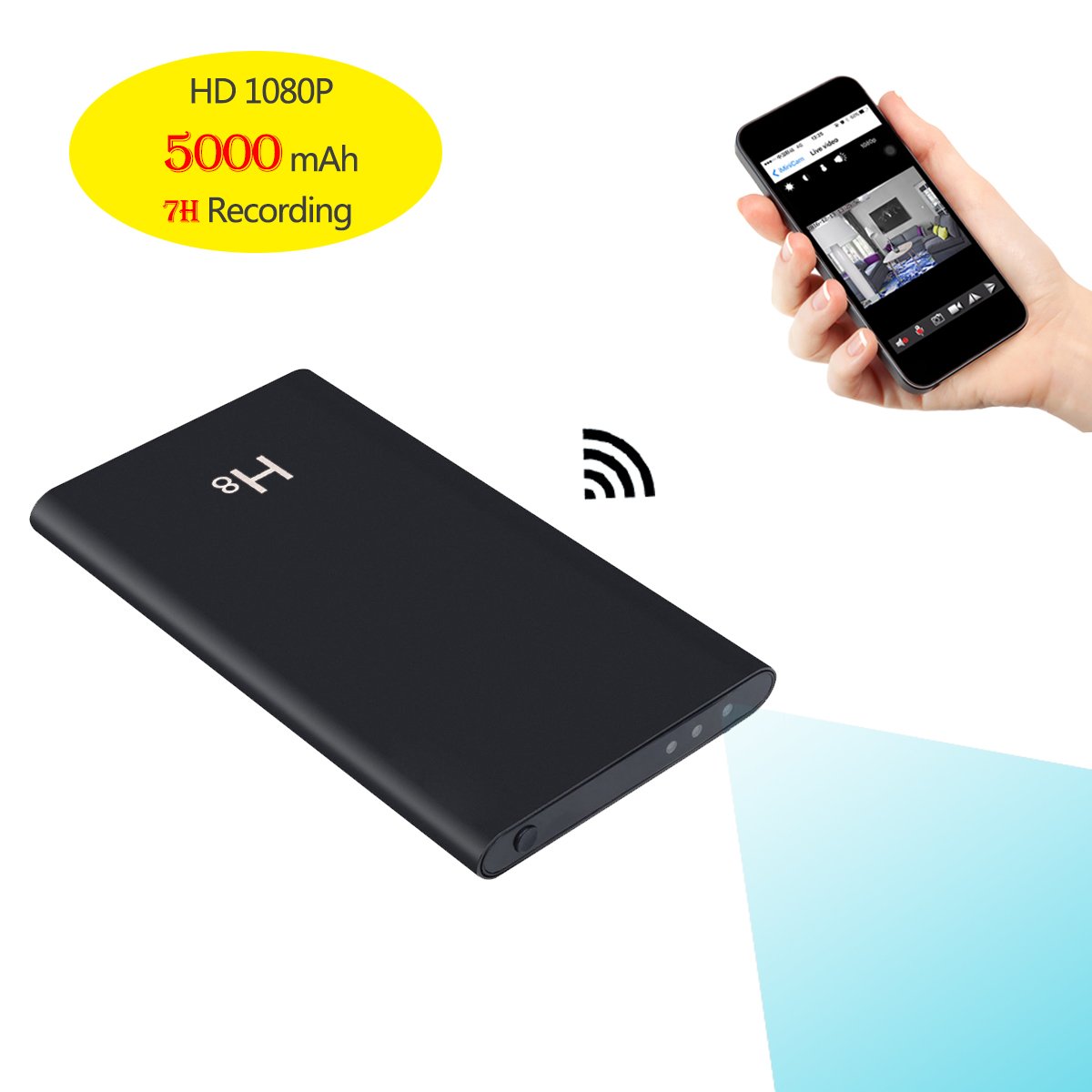 This small and discreet camera looks like a portable power bank.  It records up to 7 hours of video, and can also store photos!  Motion detection sensors send alerts to your phone.  The camera has a wide angle and HD resolution for clear pictures.  It doesn’t have much in the way of extra or special features like night vision or audio recording, but it’s a great option if you want something small and simple.  Oh, and it really does function as a power bank! 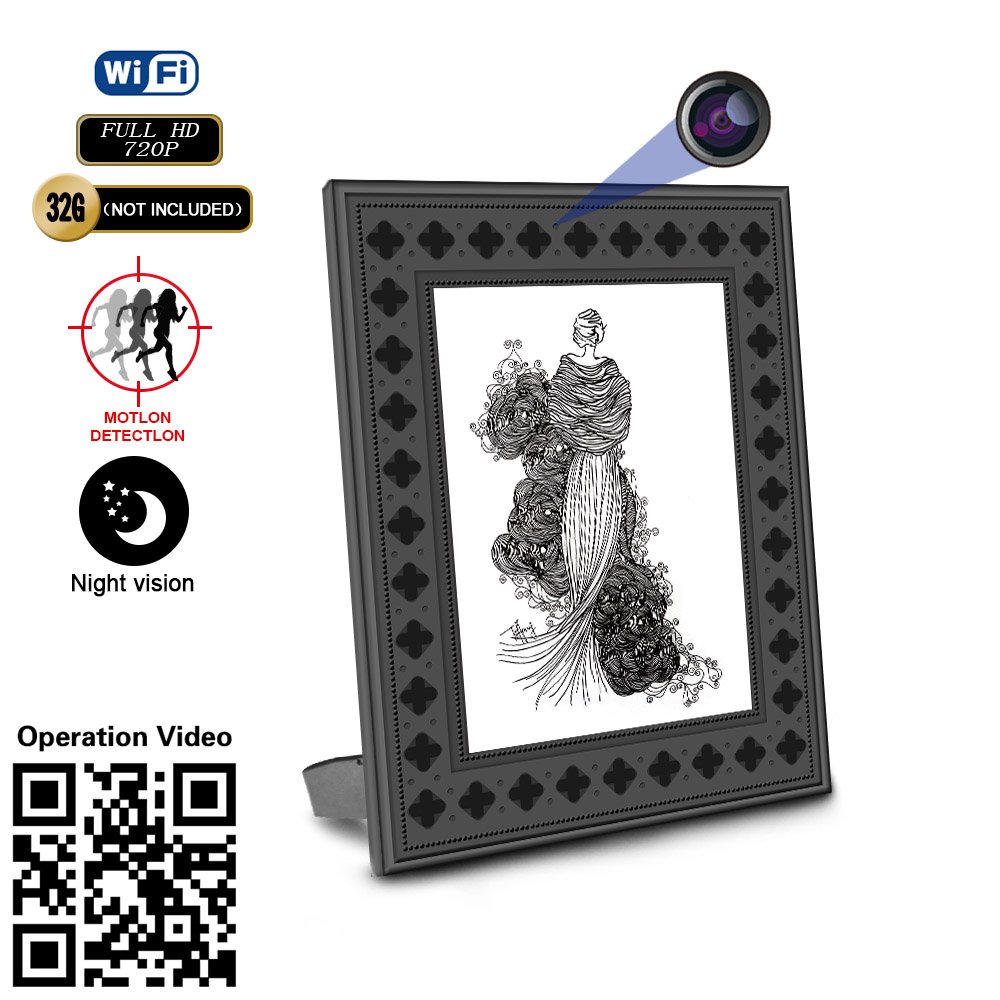 This one may be the most clever we’ve seen so far!  It’s got some really great features!  It’s WIFI enabled, has night vision and motion detection is 100% wireless, and has a 365-day battery life!  Yes, you read that right.  One full year of battery life! 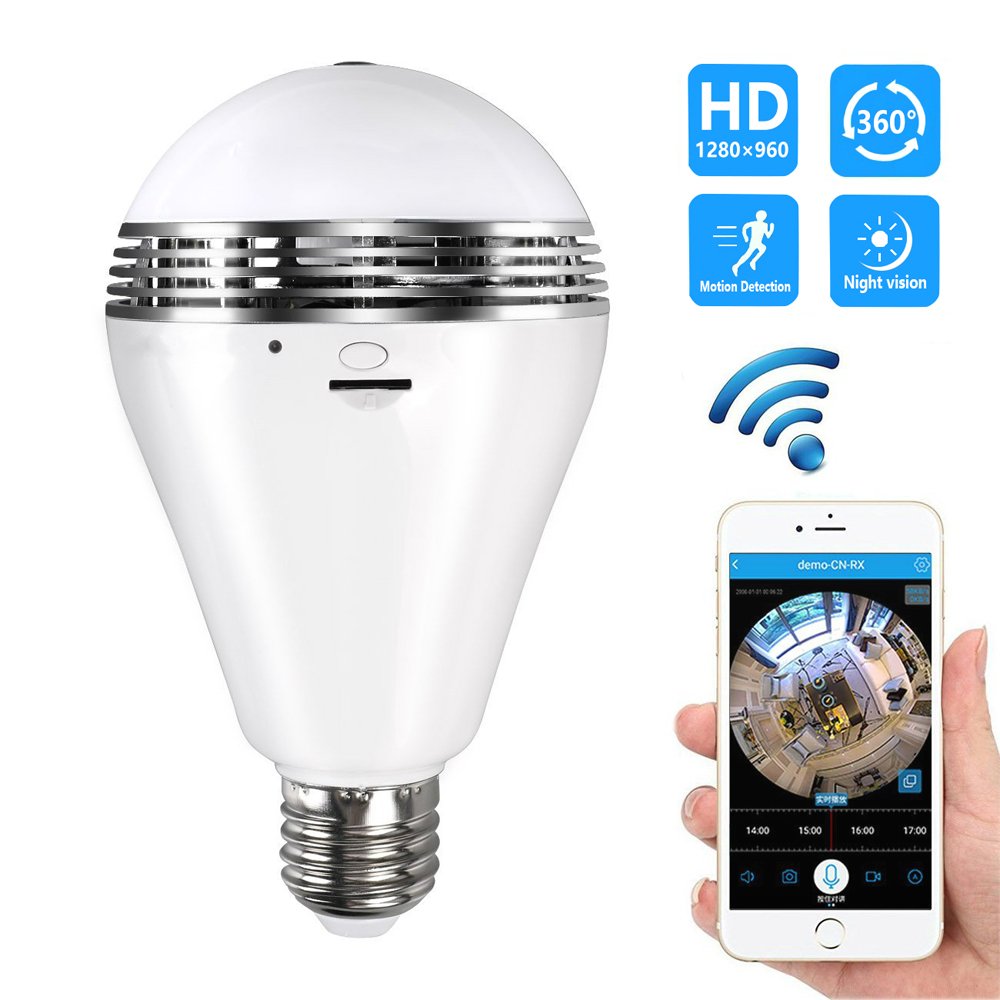 This genius hidden camera is disguised as an ordinary light bulb, giving you a 360-degree view of the room.  It gives off a high powered white light, and the brightness is adjustable from your smartphone or tablet!  You’ll have a real-time look at what’s going on in your home wherever you are.

A built-in speaker and microphone allow you to hear what’s going on in the room as well as communicate with those in the room, should you choose.  Motion detection alerts let you know when there is movement in your home, making this a great option for a home security system when no one is home.

These features along with its high definition camera make this hidden nanny cam a great pick!

Using a hidden camera is a controversial subject.  You’ll want to check local and state laws to be sure that it’s okay for you to record someone in your home (like a nanny) without their knowledge.